Renault Scala to be based on Nissan Sunny

In the recent times, replacing the name of one product to another has done pretty well in the automobile industry. Badge engineering is appealing because of its provision of allocation of two separate offerings for slightly different customers. This in turn cuts down cost for everybody involved too.

The Renault-Nissan is one of the alliances that opted for the same in the recent past with the Nissan Micra and Renault pulse. Volkswagen and Skoda too had been seen doing something similar in the recent past with the Polo and the Fabia. Now it seems that the news of Skoda rolling out Rapid sedan, which is based on the VW Vento, has tempted the French-Japanese alliance to do something similar again. The French automaker has been reported to be bringing in a new sedan based on Nissan’s entry-level sedan, Sunny. Renault has baptized this sedan with the name Scala. 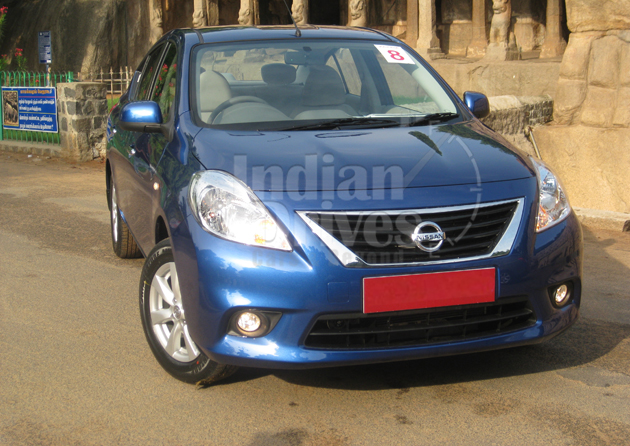 Anticipations are there that the French automaker will launch the Scala sometime during Diwali this year. Once launched, the Scala will be Renault’s fifth launch in fifteen months. Reports suggest that it will only be the exteriors of the sedan that will undergo changes. Just as its Nissan-sibling (Sunny), the Scala too will feature the same engine and variants too. Although we might have to wait for the petrol variant for a whilebut the diesel avatar will be made available since its launch. Scala’s diesel variant would feature an 86PS 1.5L powerhouse, while the petrol avatar would feature a 99PS 1.5L heart.

As far as the exterior changes are concerned, the Scala would feature slightly modified front fascia than the Sunny. The best thing about the Scala is that it will still maintain the spacious interiors and boot space as that of its sibling, Sunny.

As the sibling of the Scala, Sunny is available in the 6-9 lakh INR range, we can expect the Renault sedan to get paid a premium of Rs 50,000 for each equivalent variant of the Scala.